Since the outbreak of war in Ukraine, many refugees have fled to other European countries. In Germany, RGF Staffing support the relief effort and developed an additional package to help refugees find work. “If we do not help these people integrate into the local labor market, who will?”

Looking back on the start of the war, Philipp Geyer (CEO RGF Staffing Germany) can remember the all-pervasive sense of shock that so many people around the world felt. Closely followed by a sense of helplessness. “You want to do something. Some of my relatives were able to offer accommodation to refugees. I felt almost straight away that I could have the strongest impact in my professional capacity.”

First of all, RGF Staffing moved quickly to support relief efforts for people in Ukraine. “Our main consideration in finding a charity to support was that we wanted to have maximum impact. Many aid organizations initially had difficulty getting people and resources into the country. Through various contacts we got in touch with the Ukrainian Catholic Church in Germany. They represent a big and active community with strong roots throughout Germany. And, crucially, they had people on the ground in Ukraine and had many volunteers who were already making daily trips with relief goods.”

RGF Staffing supported the church’ relief efforts financially, but also by helping to renovate a shelter facility for refugees and by organizing medical supplies, with the help of pharmacists and hospitals from the company’s network of customers.

“At the same time we felt we wanted to offer refugees a long-term perspective”, says Philipp. And it made sense to focus on helping refugees find work in Germany. RGF Staffing’s core mission is to provide Opportunities for Life, whatever situation people find themselves in. Finding work can help refugees create a stable environment in which to process their experiences and rebuild lives. 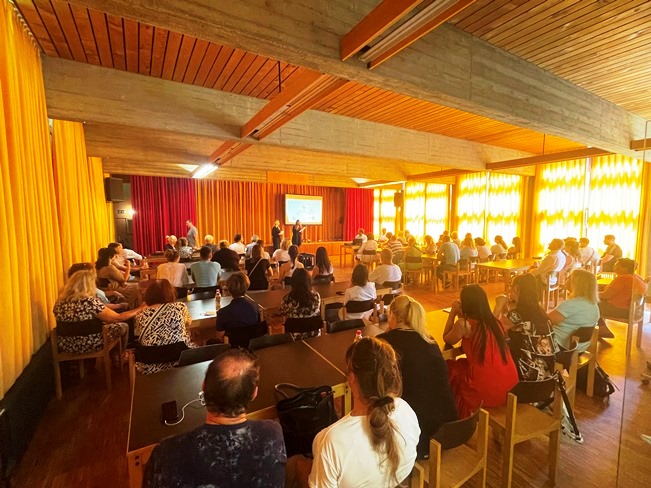 Philipp: “Integrating people into the labor market is what we do every day for people who are already here. Of course, when working with refugees there’s an extra dimension. But essentially it’s still what we’re here to do. This was an opportunity to simply do our job and do good at the same time.”

The company could build on earlier experiences. “We have previously helped refugees from Afghanistan and Syria, and we have a dedicated department for international recruitment which has a lot of experience in connecting with people from Eastern European countries.”

However, Philipp was also acutely aware of some potential pitfalls. “It was vital to approach the refugee community with tact and to avoid even giving the impression of taking advantage of the situation.” Sad to say, at that point there were already many reports of less scrupulous companies who were doing just that, and even of people preying on women. “We needed a concept that would both safeguard our own moral compass and reassure the outside world of our good intentions.”

With the solution RGF Staffing came up with, the company definitely went the extra mile. “Our normal package of services for employees from abroad already includes help with sorting out paperwork, medical insurance and the possibility of advance payments. In this case, we also decided to donate our gross margin over the first few months to the employees themselves.”

In addition to this financial support, Ukrainian refugees working through RGF Staffing Germany are provided with a free translation device. “We know from previous experience that language is the number one issue of concern for many employers. Employees simply need to be able to communicate with German-speaking colleagues.”

The translation devices have been a great help. Through a SIM card they are connected to a powerful cloud-based translation engine. Users can speak into them and the devices immediately produces a spoken translation in the target language. “We’ve received very positive feedback from users. They’re easier to use than similar apps on smartphones. They have their limitations but the overall quality is impressive and it’s enough to convince many employers that language needn’t be an issue.”

Another specific effort that was needed to place Ukrainian refugees was to find jobs that suit their circumstances. “The vast majority of refugees are women, many with children. In many cases, they manage to organize childcare with the help of other refugees, but it’s still important that employers offer flexibility. Some of them have even introduced a ‘women shift’.”

Through this extra package, RGF has already been able to place over a 200 refugees with companies throughout Germany, in various sectors including logistics, the automotive industry and food manufacturing. Did it take special efforts to convince employers? “Some had understandable concerns, mostly of a practical nature. Which is why we, for example, provided the translation devices. We also made a point of supporting this effort from the top. We challenged sales directors to actively support the placement process and approach customers directly. And of course, in our conversations with customers we also emphasized that for them, this was a real opportunity to do good.”

Having said that, Ukrainian refugees have already proven their worth for employers as well. While  for refugees from other parts of the world it can at times be a struggle to adapt to a German work environment, this is much less of a challenge for Ukrainians, Philipp has noticed. “The culture is quite close to our own. And the Ukrainian work ethic is impressive, especially when you consider how much these people must have on their minds at the moment.”

To reach out to Ukrainian refugees, RGF Staffing was able to draw on the experience and expertise of its international recruitment department. “We already had colleagues who could speak Russian or Polish and we have hired Ukrainian speakers. We also built dedicated landing pages for Ukrainian refugees, and we enabled accessible, easy-to-use chat platforms for them to fill in questionnaires and have real-time chats with our consultants. In Ukrainian.”

Philipp himself, along with other RGF colleagues, made a point of investing time and effort in getting to know refugees and their circumstances. “That’s vital in order to build up trust”, he says. “Recent experiences and recent history in general has made many people cautious, So you need to build up trust, step by step. Provide practical help where possible. Accompany them when they need to visit the authorities. And even when you can’t provide practical help, make them feel that you’ve got their interests in mind.”

Looking back on the last few months, Philipp feels proud of what has been accomplished, while emphasizing RGF is not resting on its laurels. “I’m proud of RGF Staffing’s overall contribution as a global network, for example the 1 million euro donation to the Red Cross. A lot of our internal staff here in Germany have expressed their pride in this initiative, and we’ve had a lot of grateful feedback from refugees themselves. But of course we are in this for the long run. The situation is changing all the time, also in Ukraine. I know that many refugees have already expressed their hope to be able to go back home soon. Even to areas still in the firing line.”

“Still, we will be left with a substantially grown Ukrainian community here in Germany and our commitment will last. We’ve managed to build close ties, I’m proud of the fact that we’ve won their trust and that we’ve been able to set up a way of working with them that is both morally sound and of real help to everybody, both refugees and employers here. And that’s what we will continue to do.” 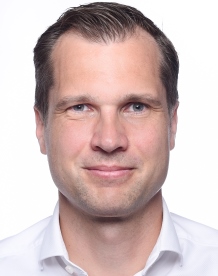